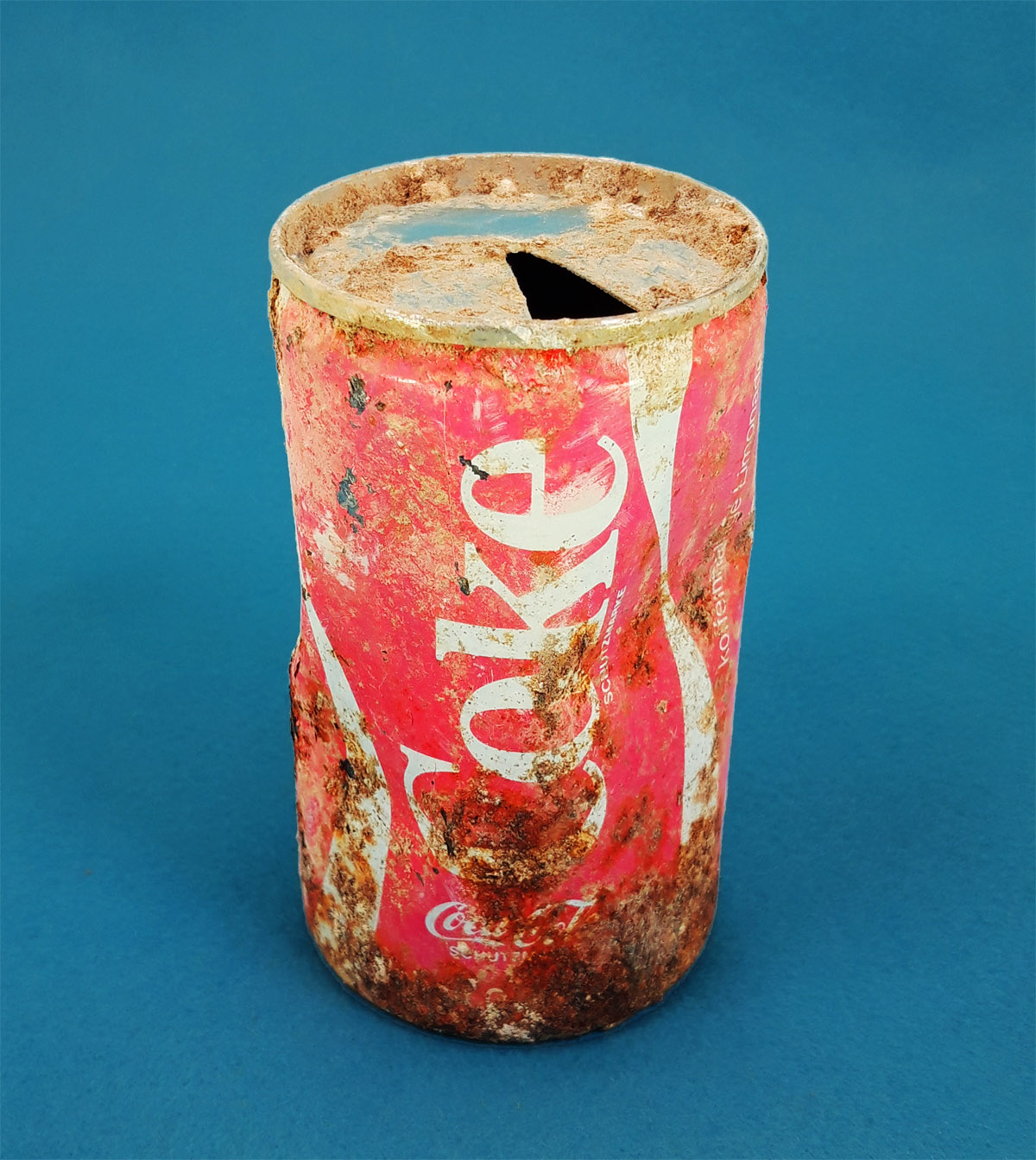 Or…wait…I might have read this thing too fast…Let’s be sure we get this right and have a real silex expert explain how they found a Cola Cola can in a 6000 year old underground flint mine Rijckholt in the Savelsbos in Limburg…
…and why they decided to collect and archive it to all archaeological standards!

Read the wonderful contribution to our project by Joep Orbons below! Want to read more about the Rijkcholt mine (and yes you do, it is amazing!) visit their website.

Coca cola can found in the Rijckholt Neolithic Flint mine

A Coca Cola can was found in a 6000 year old underground flint mine in Rijckholt, The Netherlands, along with flint artefacts and Neolithic pick marks in limestone blocks. No, the can is not 6000 years old, it is from the 1960s. From 1964 to 1972 this Neolithic flint mine was excavated.

The archaeologist from more than 50 years ago backfilled some of the Neolithic tunnels with rubble excavated while they progressed with their underground mining excavation. Obviously some modern objects were mixed in with the 1960s backfill like the can, unfortunately without pull tab. More modern artefacts were found like plastic bags, cigarette packages but also a broken shovel with the half rotten wooden handle still in it. We also found the aluminum numbered labels they used for surveying the underground working.

By definition, archaeology is the study of human actions from the past by means of their material objects. Most of the 1960 archaeologists have died, their stories of the excavation can only be read in the many books and publications that saw the light since. But as we all know, books only tell part of the story. It is the objects that add extra information to the story of the past and bring us close to the people.

Our group is now working hard on a restoration of the Rijckholt Flint mine to ensure the future stability of the underground site and to open up closed parts of the mine for visitors and future archaeological research. In our preparations of the restoration, we came up with a number of archaeological research questions. In the 1960’s the knowledge of Neolithic mining was very limited. Many archaeological questions were answered but due to the improved archaeological knowledge, we now have additional research questions about mining in the past. We also have questions about the excavation from the 1960s. Why are parts of the excavated mines blocked off and no longer accessible? How did the archaeologists survey the mines? How were the unstable parts supported and how did this influence the prehistoric galleries? According to the 1960 day reports, the lunch breaks were consumed outside in a shed, the Coca Cola can and other objects like the cigarette package are indications there were other breaks taken underground. This simple can is bringing us close to the archaeologists and their work underground, more than 50 years ago, isn’t that what archaeology is all about?

More on the restauration of the Rijckholt Flint Mine at https://verbouwing.vuursteenmijn.nl/ with an extensive English summary.

Here are some more pictures of the can.

Our dream is to make a complete archaeological pull tab typology for the entire world crowdsourced by you. Join the community! Send us your tabs.

Current state of the Revolution (news)

Our dream is to make an archaeological pull tab typology for the entire world. Join the community! Send us your tabs.

Click here for a shipping form, if you prefer one. 🙂